One of the milling team at Pakenham, John Wilkin, has been experimenting with baking sourdough bread for some time. Sourdough bread consists only of flour, water and a little salt, with no added yeast, relying instead on the natural organisms in the flour to drive the fermentation. The process is slow, but the bread has a richer flavour and smell, with an open texture.

John’s early results tasted good but looked miserable, as they hadn’t risen properly. However, a friend suggested baking in a pre-heated heavy casserole dish, keeping the lid on. This has produced a spectacular improvement, which John thinks is due to trapping the steam around the loaf, and a more even all-round heating, similar to a brick oven. The loaf pictured was made with a half-and-half mixture of Pakenham wholemeal and strong white flours. 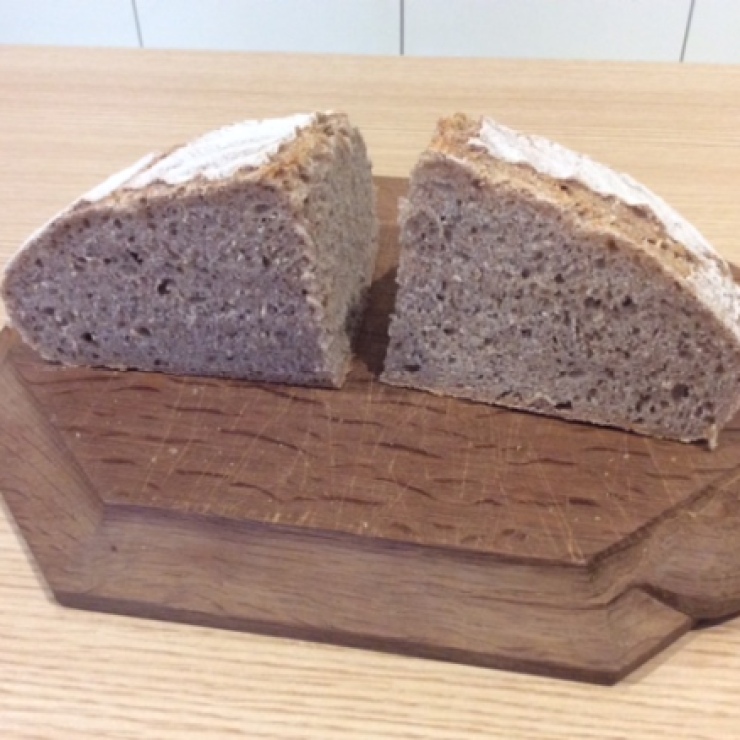